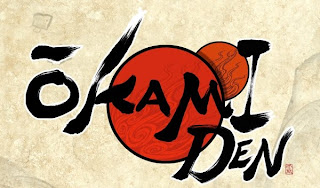 Published by Capcom, Okamiden is a direct sequel to the Playstation 2 and Wii title Okami. Apparently Okamiden takes place just nine months after the events of Ōkami but whats really confusing is how Susanoo had a child in such a short amount of time?

Regardless I have to say that this is one of the more visually impressive Nintendo DS titles I have seen, from its graphics to its character design, everything fits well together.

Check out a video of the game in action!

This definetly looks like one worth picking up, especially if you're a fan of the original Okami.
The game is set for a release;

I recommend you check this out! :D
Author: Liban Ali