Home » »Unlabelled » Wii Remote Plus to have built-in MotionPlus

Wii Remote Plus to have built-in MotionPlus 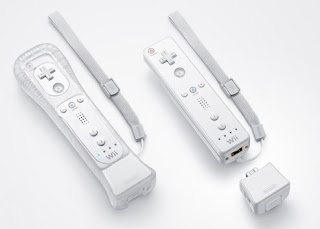 That's right people! Nintendo plan to release a new Wii remote with the Motion plus add on built in, I mean couldn't they have just done this in the 1st place because the remote was starting to turn into a baton.

This came up due to box art for an upcoming Wii game called Fling smash which was found on a pre order page on the Gamestop website, this of course has now been removed.

I do generally think the the motion plus should have been part of it from the beginning but who am I to question Nintendo's marketing strategy. This could also lead to why Nintendo are using the Tokyo Game Show venue for the 3DS release events because as I mentioned in an earlier post, they would'nt need such a huge complex if it was just the 3DS so maybe the new Wii remote will be announced as well..?

What do you guys think?
Author: Liban Ali