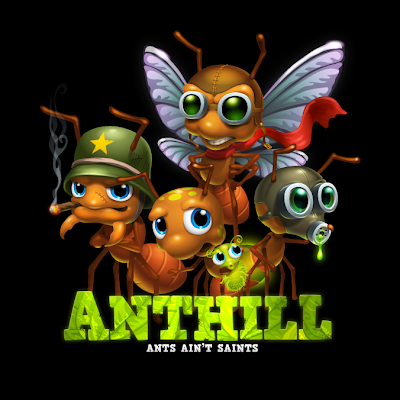 Get ready to march back onto the battlefield, as one of the App Store’s best titles is getting infinitely more addictive thanks to a feature-heavy version 2.0 update. That’s right, Anthill: Tactical Trail Defense is receiving an all-new update, piled high with new features and an all-new gameplay mode!

Since its initial release last month, the innovative strategy title has enjoyed high praise thanks to its unique blend of sharp visuals and its simple-yet-deep combat system. In addition to racking up an average user rating of 4.5 out of 5 from 3,000-plus user reviews on the App Store, Anthill: Tactical Trail Defense has also been ranked as ‘Game of the Week’ by Apple in Europe, and the Quality Index included Anthill on their final Top 10 October list, proving that the game’s blend of strategy and resource management is truly world-class.

And now, fans have a whole lot more to enjoy as Image & Form introduces version 2.0 – a massive update to the original game which marks the introduction of the engrossing and addictive Infinity Mode.

With a variety of infantry at their disposal, players must juggle time and resources, drawing pheromone patrol routes with their fingers across numerous diverse levels and managing an arsenal of worker, solder and flying ants. In addition to strategic resources, fallen hostiles can be gathered for food, allowing construction of even vaster six-legged armies.

The all-new Infinity Mode is the most notable update to the game’s new 2.0 version. In Infinity Mode, players are tasked to defend a single anthill for as long as possible against invading waves of increasingly swift and powerful enemies. While the increasing speed and deftness of each additional wave demands smart reactions and clever use of infantry, the piles of fallen enemies can also be gathered ever more quickly to offer faster replenishment, providing for endless replay value.

Other new features to the update include all-new enemies, unit healing, a heads-up system, the ability to share achievements across Facebook, and usability fixes and tweaks.

“Infinity Mode is the perfect complement to what was already a fantastically fun game,” says Brjann Sigurgeirsson, CEO at Image & Form. “We know that both quick gameplay sessions and replay value are extremely important to mobile gamers, and Infinity Mode delivers both in spades. We can’t wait to see how fans react to the game’s new update.”

Eat what you kill. Slay a bug with your soldiers, then collect the tasty carcass with your workers and use the food gathered to build a larger, more powerful army.

Surgical strikes. Simply tap the ground anywhere to send a bomber ant to perform an air raid or provide air support to ground-based forces.
Send a dozen bombers to decimate an entire insect horde – satisfaction guaranteed!
Survival of the fittest. It's not only You vs The World out there. Insects on the battlefield will attack each other too. Use this to your advantage by pitting them against each other!
Progression. Upgrade your different troops with new abilities between missions so that you can more efficiently lay waste to your enemies.
Infinity mode. Strategize, strike, harvest – and most importantly, stay alive!