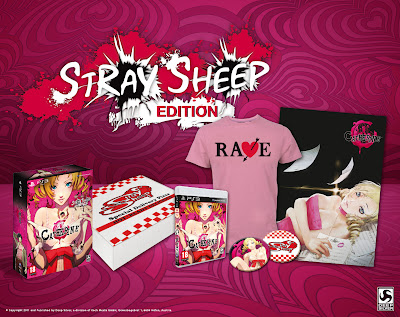 Deep Silver today announced that a limited edition for the sexy action-adventure/puzzle mix Catherine will be available at the game’s release in February 2012 for the PlayStation 3 and Xbox 360!

The “Stray Sheep Edition” is named after the Stray Sheep Bar where Vincent, the game’s protagonist, spends most of his time after work and interacts with his lifelong friends,seeking advice for how to solve the dilemma he’s currently embroiled in. Should he continue the affair he’s having with the seductress Catherine, or abandon the sexy newcomer to deepen his relationship with his girlfriend Katherine?

This limited edition offers the following extras:
· An exclusive T-Shirt that is a replica of the Rave-T-Shirt that Vincent wears in the game
· Two Stray Sheep bar-themed coasters
· A seductive Catherine poster that is exclusively available in this deluxe edition
· A pizza delivery box from the Stray Sheep Bar that serves as the packaging for all the extra items found in the European deluxe edition

See box art for both consoles below! 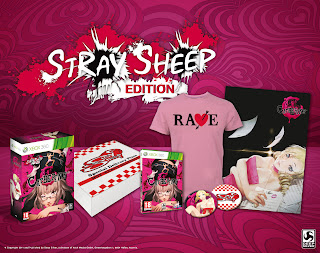 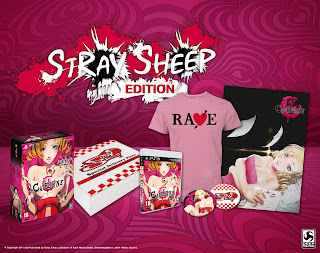 The Stray Sheep Edition of Catherine will have a price of £54.99, the standard edition will be available for £44,99.
Author: Liban Ali