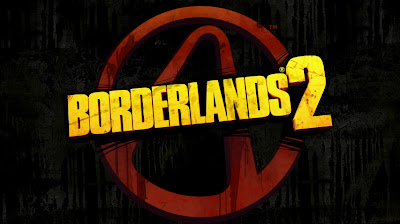 2K Games and Gearbox Software announced today that Borderlands 2, will be available on the Xbox 360, PlayStation 3 and  PC in North America on September 18, 2012 and internationally on September 21, 2012!

Currently in development by Gearbox Software, Borderlands 2 is the sequel to the critically acclaimed four-player cooperative shooter-looter that combined intense first-person mayhem with role-playing gameplay. In addition, fans who pre-order the title from participating retailers will receive access to the Borderlands 2 Premier Club, including rewarding in-game items and bonuses.

See the Doomsday trailer below!


Living up to the mantra “bigger, better and more badass,” Borderlands 2 features all-new characters; skills; imaginative, diverse new environments with unique missions and enemies; and more exciting and fun weapons, equipment and loot than ever before. All of these features come together in a story that takes players to the world of Pandora to take down the notorious Handsome Jack and his corrupt Hyperion Corporation as a solo campaign or with up to four cooperative players.

Borderlands 2 will allow friends to play together locally via split-screen, as well as online with drop-in-drop-out capabilities. With seamless cooperative gameplay and action, Borderlands 2 is extremely accessible for gamers and their friends to play alone or together in a variety of configurations.

Gamers who pre-order Borderlands 2 from participating retailers will gain access to the Borderlands 2 Premiere Club, allowing them to download the Gearbox Gun Pack, a Golden Key and the Vault Hunter’s Relic. The Gearbox Gun Pack is a collection of unique guns to help players begin their journey on Pandora. The Golden Key is an in-game item used to unlock a rare item in the mysterious Golden Sanctuary Loot Chest found in Borderlands 2. The Vault Hunter’s Relic is an in-game item that boosts players’ gear-hunting fortune while playing solo or teaming up with friends. To pre-order Borderlands 2 please visit www.borderlands2.com/preorder.
Author: Liban Ali