The Super Soldiers are meant to be protectors. Trustworthy men and women that look after a country and all the citizens within it as if their lives depend on it. However, in the world of Prototype 2, nothing is as it seems or is as it should be.

During early tests, Blackwatch discovered that the Blacklight virus gave superior abilities to lab animals. Gentek then replicated this experiment in Project D-Code with humans and in 2008, 161 individuals were injected with a strain of the virus called DX-1120. At first these humans showed no side effects and were not thought of as a threat. But over time, their human cellular structure began to regenerate much faster than the average human and they began to gain incredible strength, size, speed and endurance and become the prototype Super soldiers.

In 2012, the project started again but was kept highly confidential with top secret objectives. The Supersoldiers began to live up their name. Their increased size and strength gives them the ability to be lethal fighters not only through their force but also through their ability to leap and climb over walls. Another key component in the Supersoldier’s arsenal is their ability to see anyone infected with the Blacklight virus; meaning they present a serious danger to Sgt James Heller. 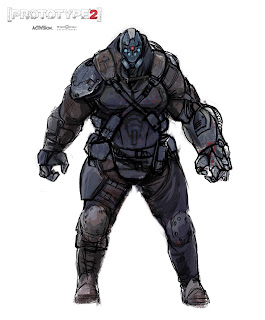 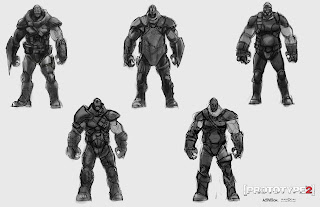