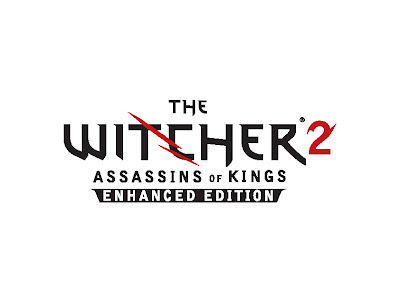 (Check out our full Witcher 2: Assassins Of Kings Enhanced Edition Review here- http://www.weknowgamers.net/2012/04/witcher-2-assassins-of-kings-enhanced.html)
Recently, a few of the gaming media were invited down to the Namco Bandai offices to try out their upcoming game, The Witcher 2: Assassins of Kings Enhanced Edition which is set to come out on April 17th, for the Xbox 360.
What’s good about the Witcher 2 is that you wouldn’t have had to play the first game in order to fully understand the second. For someone like me who hasn’t played the previous Witcher title, knowing this is extremely helpful and won’t want to make me grab the first game just to play the second. In terms of the story, the protagonist loses his memory at the end of the first game implying what is pretty much a fresh start for the sequel. To be more specific, it’s a fresh start for those who have never experienced Witcher and a cool narrative twist for fans of the previous title.

Visually,  The Witcher 2: Assassins of Kings Enhanced Edition   looks amazing and makes use of some great lighting to really bring out its environments whether you’re running around a burnt down village or exploring a dark underground passage I really believe that this is one aspect that was polished to a really high level.

Gameplay is mostly what you would expect of an RPG of its kind with a few extra things that puts The Witcher 2 on a much higher level. The combat for one feels good and is pretty smooth. There is no ridiculous mashing of one button and strikes need to be timed or the enemy can counter attack you. The uses of extra weapons such as traps add a whole new layer to strategic thinking and other than that it does feel really good when an enemy walks into one.
Audio is pretty crisp and the background music makes it feel like a real epic journey. Voice acting is feels believable too but the facial expressions on the characters look a little bland and at most times don’t really express what they’re saying.

The version we got to play was the final build so there were no funny glitches, mistakes or anything of the sort to disrupt the gameplay. The game may take a good 30+ hours to complete and with the minor 2 hours I spent with it so far, I can’t wait to get through the rest. Do come back again once we have a full review up!
Author: Liban Ali