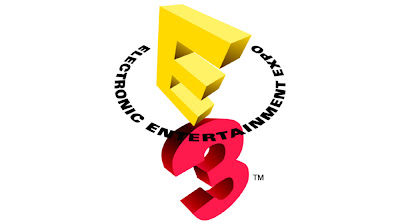 (NOTE: Simply pick one of the following options in bold to create your own tailor made article. Congratulations, for you have just entered the exciting world of a columnist editor).

There’s something that I’ve been wanting to get off my chest for some time now and considering that the event in question is just around corner I can think of no better time than to honestly tell you that I absolutely hate E3 with a passion.

If you’re reading this article right now then I could argue that the title alone may have aroused your interest and before you carry on reading you may have already decided that I am right/wrong or what a reflective visionary/near sighted Neanderthal I must be for making such a statement.

Firstly I would like to assure you that the following structured critique/mindless rant is entirely my own opinion and that in no way did I write this article just to generate shock factor in a petty attempt to seem smug and rebellious by simply relying on the clichéd habit of putting down the modern video games industry just because ‘it’s the cool thing to do’. I can also more than assure you that this IS NOT the shared opinion of We Know Gamers as the rest of the staff will be extensively covering the event for you all.

But who am I kidding? There is no need to insult your intelligence. You probably have a well established opinion of your own when it comes to your admiration/distain for what is without a doubt the biggest yearly event in the video game industry. But enough with the explanation I’m sure if you’re still reading by this point that you’re dying/mildly curious to see what kind of success/botch job I make of this article, well enough darting around the subject.

The main reason why I hate E3 is due to the very way the expo is organised as it always emits a notion that this wonderful hobby of ours is a being treated like a massive joke by the people who run it, especially when it comes to the way that the major conferences are presented. Time and time again we are talked down to like children or just plain insulted as we are bombarded by cheap gimmicks and bad products that we simply do not want. Like for example when a certain famous video game publisher tries to remarket a 27 year old toy that lost its popularity due to the success of home video games in the first place.

Not even Joel McHale and an army of “attractive people” could prevent this ship from sinking.

While it is true that video games are first and foremost a source of entertainment and that taking these matters too seriously maybe the wrong way to go about proceedings, but you know what? So are movies and music. In fact nearly every traditional or digital art form is taken with a modicum of seriousness and respect and this sense of admiration is heavily backed by huge non profit organisations which strive to uphold their integrity.
Now don’t get me wrong the video games industry have their own as well but ultimately they have far less say and power than their equivalents especially when it comes to how E3 is run.

And there is a good and simple reason for this difference because E3 is run by the Electronic Software Association whose past endeavours include providing support to the ESRB, combating serious cases of piracy and battling the US government proposals for the censorship of games. But despite their support of the industry the ESA is a Trade Association no matter which way you slice it. That means that the ESA are comprised of a group of businesses, video game companies to be exact, the very same video game companies that regularly attend E3 in order to show off their latest hardware and software and this is why we are plagued with vulgar displays such as this.

Poor kids, I’m sure it’s not their fault but their performance makes Frankie Muniz look like Marlon Brando.

We can only pray that Tom CALANCY’s poop on your toothpaste isn’t going to be a Kinect game.

Though edited ever so slightly for satirical purposes it does show highlights of the most uncomfortable E3 press conference to date.

So at this point you may be wondering why E3 allows these bizarre and creepy marketing ploys in the first place. Surely it would not be good business practice to host shows that make your company look stupid in the eyes of the gaming press and the millions of video game players out there. But here’s the truth and sadly it is not something that you’ll want to hear or be happy to know but…


E3 IS NOT FOR GAMERS AND IT NEVER WAS


While it may be shocking to come to terms with this fact but for those of you who weren’t already aware E3 is a Trade Show. So despite its extended coverage on the internet and television, despite its invitations to gaming journalists all over the world and despite being open to the public E3’s primary reason for existing is to serve as a Trade Show. A Trade Show is an exhibition that is hosted solely for the benefit of current or potential share holders in order to show them where their money is going and to further assure them that they will see a return on their investments thanks to the latest Zelda game or some miss guided attempt to copy the Wii 4 years later.

Imagine if you will what a typical high end business investor may look like at this present day and time. More than likely they will be at least middle age due to the need for an extensive education and the many years of working in financial or investment sectors of business in order to arise to the position that allows them the financial capital to make a serious investment in a video game developer. If you think further into this depiction then you may want to also consider that their age means that they either never grew up with video games or that the demanding nature of their work gives them no available time to currently play video games anymore. Of course this depiction of our imaginary business investor is speculation at best but considering that people of a similar age and profile are of those who are currently in charge of the main stream press and hold positions in various governments, and let’s face it the majority of them are not exactly giving video games a fair chance at this time.

So let’s summarise, you have an investor with a lot of money that may be just a little out of touch with the modern video games industry so how do you persuade them to invest in your company? By showing them your games? Hell no. A good friend of mine spent a number of years as a high business client liaison for a well known bank and he spent most of his time either getting investors drunk at expensive restaurants or taking them to the casino or strip club. The games industry is no exception hence why E3 constantly relies on expensive, lavish parties and gaudy displays involving mindless and un-related celebrity appearances.

Though you now might be thinking “Surely E3 has only done this kind of thing in the last couple of years?” I also used to think like this but the more research I’ve done into past E3’s the more and more of this corporate crap that I discover. Here’s an example from the Activision press conference when this so called comedian that they hired, possibly while under the influence of drink or drugs decided to continuously slag off both the audience and developers alike way back in 2007. One of the few years when E3 wasn’t even open to members of the general public and the event was invitation-only.

Ladies and Gentlemen. May I present to you the biggest waste of oxygen on the planet

So considering how much of E3’s ever increasing focus is drawn away from the actual games themselves I find it harder and harder to remain enthusiastic with each passing year. Which personally I think is a real shame that I even harbour these negative feelings to begin with. After all we’re talking about the biggest gaming industry event in the calendar and while it seems that the rest of my close friends, the gaming press and the majority of the internet are jumping around in anticipation I feel more and more alienated despite how much I adore video games. Because all signs point to the fact that we will have to see more antics like Microsoft spending half of their show time talking about ESPN, Twitter and Facebook on the Xbox 360. Congratulations Microsoft, I’m sure you are proud of all these additional features that your system is capable of and I’m sure that a large number of your customers will like these additional niceties as well but you know what? I don’t care. I bought your £300 system to play video games funnily enough and if I wanted to use the previously aforementioned services then I have a far more capable piece of hardware to do so. Want to know what it is? I’ll give you a clue. I’m using it right now.

So there you go a brief glance into why I can’t stand E3. I could go on and on but I won’t. I don’t want to bore you and if you managed to get this far without mentally switching off to my drivel then I sincerely thank you. So at this point you may be wondering after everything I’ve said will I actually be watching the coverage of the Electronic Entertainment Expo 2012?

And the answer is simple. Yes I will be. But before you leap to accuse me of contradicting myself all this time let me just verify that yes I without a doubt despise E3 in its current form but no matter the bitter feelings I harbour towards the event it still offers an incredibly valuable insight into where our weird and wonderful hobby is heading in the future and while you may personally love/hate E3 you cannot deny how important/important it is to us all.
Author: Spencer Marshman