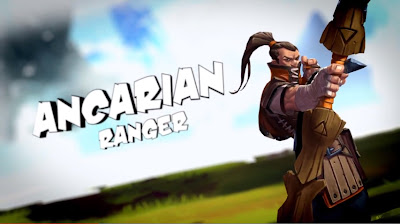 Today, Deep Silver revealed details on the third character class for their upcoming title, Sacred Citadel! The game is a downloadable title which will be availble in 2013 from Xbox LIVE, PlayStation Network and PC.

The Ancarian represents the Ranger class in the group, dealing damage to enemies through ranged attacks with his malicious bow. His skills enable him to shoot off an arrow into the air that will wreak havoc among his enemies, raining fire down on them. But the Ranger is also a cunning gadgeteer, prolific in the creation of contraptions. His enemies will definitely be surprised by his ingenious trap box!

Although its glory has faded, the nation of Ancaria is still the dominant power in the world. No other nation can compete against the Ashen Empire, no other army can stand against the power of the Grimmoc forces.

See a gameplay video below!