Prepare For The Zombie Apocalypse With The Dead Island Pickup Truck 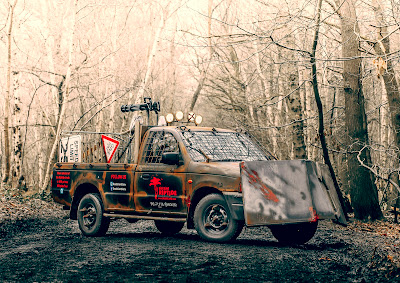 Deep Silver look to be preparing for the zombie apocalypse seen in Dead Island: Riptide as they recently announced that they teamed up with London based custom vehicle fabricators Xquisite. The team has taken a completely standard Ford Ranger pickup truck and transformed it into a fully fortified zombie killing machine. Featuring fully armoured windows, rear mounted mini-gun, lethal spiked wheels and a menacing front end barricade.

The actual process to build the mean machine has been documented and you can see how K and and his team of master craftsmen at Xquisite did it in the videos below: