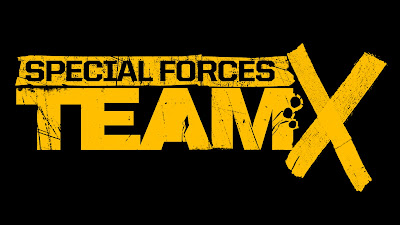 Special Forces: Team X is a reboot of the Special Forces game released way back in 1991 on PC and Atari. It's changed drastically from its original top down strategy game style into a fast paced third person shooter, but is this for the better? Let's find out!

Gameplay
Special Forces Team X is a third person Online multilayer shooter, to start with your incredibly limited to the weapon loadouts you can use but the weapons themselves are fairly well balanced so you'll never feel like you're underpowered. There are also power weapons dropped into play which you can collect and use to your advantage including RPG's, mini-guns and rather oddly a chainsaw. While the chainsaw is a one hit kill weapon, it's very difficult to get close enough to someone to actually use it.

As you play, you earn experience points and once you hit certain levels, more guns (16 in total) and character customisation skins become available to you. Player customisation is limited to four skin colours and a variety of clothing colours, as well as a few different styles of upper and lower body armour and most importantly, hats. Once you hit the lofty heights of Rank 2 you start to gain access to secondary gear, this mainly consists of different grenade types, mines, med kits and ammo boxes. Also available are assault dogs, these spawn next to you and run off in a straight line toward an enemy. This could be good, but most of the time the dog will run into an object and stop and do nothing. Once you hit level 40 you unlock attack dogs which do the same thing but at a much quicker pace with an increase in damage.

Some annoying issues I've had with the game though is the fixed camera, it's always over your right shoulder which can lead to a few problems especially when there's an enemy on your left that you can't see because your character is blocking your view, so your best option to avoid this is stick to being in cover.

Graphics/Sound
In terms of visuals, the game has gone for a cel-shaded look somewhat very similar to the Borderlands series; however it seems to fit it perfectly. Soldiers can be customised to give you a more unique look and all the different styles fit well with the rest of the game design. One unique aspect of the game is the maps. Before each game, you get to choose from 3 different areas which will form the main map and with over 100 different map configurations most games will seem like unique environments, unfortunately due to the style of each area, everything blends into one another and it starts to become a bit dull after a while. It may have been more effective if there were a few dedicated and well detailed maps just to mix things up.

The main part of the game has no music and the menus have the tradition military drum heavy theme song, you also get a small drum solo every time you level up as well which seems to have become the thing to do now. Gun fire and explosion noises are to be expected and the only time you'll hear something unexpected is when someone finds a chainsaw in one of the weapon drop boxes and the sounds of spinning blades come racing toward you.

Multiplayer
This is basically what the SFTX is all about so if you're not into your Multiplayer, then this is definitely not for you! Every game type is played in teams, be it standard TDM or others like capture the flag. If you have friends who are into this type of game then get into a team together and you'll stand a much better chance at winning overall.

You can earn bonus points for sticking together with your team and the longer you stay together, the higher your score multiplier rises, also if you kill enemies or capture objectives it’ll help you rank up faster. You can lone wolf it if you like but it's a lot easier for you to be picked off as you sprint round the different buildings.

Final Verdict
SFTX is a fun-fast paced shooter, you'll know if you will enjoy it or not just by playing one match yourself so my best advice is to go and get the free trial and give it a play. Overall I felt the game was pretty average, it plays well but doesn't really excel past that and as much fun as I've had playing it, it can get old very quickly. I got a slight Team Fortress vibe from it, but with the lack of any character, it falls flat.

Final We Know Gamers Score = 5.6/10
Had a chance to play the game? Tell us what you thought in the comments section below!