Will Killer Is Dead Live Up To The Hype? 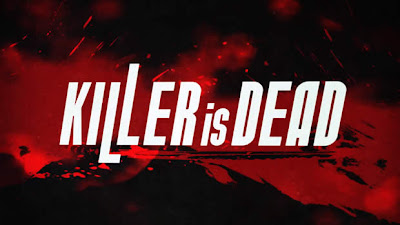 Like most of Suda 51’s games, Killer is Dead features gratuitous amounts of gore, over the top action, violence, sex, stylish combat and slick animations, but will this title be different and fresh enough to merit a purchase, or will it fall off short somewhere?

Firstly, it’s clear from the start that Grasshopper Manufacture have taken inspiration from their previous series; No More Heroes. As expected of any Suda 51 title, the bosses shown in the trailer are crazy, fit for an asylum and outrageously over the top.

Check out the official trailer below!


Killer is Dead also feels reminiscent of Killer 7 in the styling of the characters, along with the strangely textured cel-shading in what seems like an almost noir setting (for the cutscenes at least). That’s as far as it goes though, because this is a full on third person action/adventure title with what seems to be a decent combat engine in place, as opposed to Killer 7’s on rail shooting gameplay.

Stepping away from the combat now, and looking at our main protagonist, we have a serious looking guy sporting a samurai sword paired with a metal, cybernetic arm that resembles a Portal (or Allen Walker's arm innocence from D.Gray-Man, to all of you animé lovers out there) gun and fires powerful energy blasts. His name is Mondo Zappa and how his arm came to be, and why our protagonist has such an oddly shaped robotic limb is unknown, however knowing Suda, our main protagonist probably lost his real arm when a toilet seat fell on it, a pack of wolves ripped it apart, or a giant mech stood on it. Assumptions aside, for now it remains a mystery. 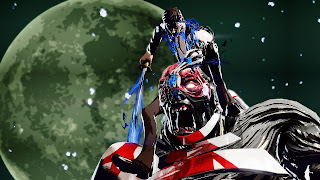 My final thoughts on this game are somewhat mixed, because on one hand both Grasshopper and Suda have produced some amazingly awesome, over the top, stylish and engaging games, but the last couple of releases have been somewhat underwhelming.

Lollipop Chainsaw had an amusing concept, but once you’re done with the first playthrough and you acquire the strongest attacks, you can just keep spamming the same moves from start to finish. The bosses were definitely creative, but it wasn’t as epic as the trailers lead everyone to believe and replay-ability was nullified due to how repetitive the gameplay became.

Shadows of the Damned on the other hand was a fairly awesome game from the start, but ended poorly, offered virtually no replay-ability and just wasn’t in the same tier as Suda’s greatest series of all time, No More Heroes.

The question now is whether or not Killer is Dead will fail or succeed to please fans of the more obscure titles, the gaming industry has to offer. For now I’m remaining indifferent and hopefully when the game releases this spring, I, along with every other fan of Suda 51, will be pleasantly surprised.
Author: Nik Gaydon