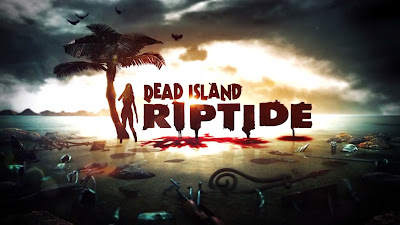 When the original Dead Island was first announced in 2006, it had the makings of being something special but for many it didn’t deliver. Repetitive combat, unimpressive visuals and a shocking amount of technical problems left gamers frustrated at such a missed opportunity. The announcement of Dead Island: Riptide caught many off-guard, as it was believed that Techland would wait out a couple more years before having another go at the Dead Island series. Could Riptide improve upon the original Dead Island’s shortcomings and deliver a better all-round experience?

Story
Dead Island: Riptide continues right from where the original story left off, as the immune survivors escape from the island of Banoi via helicopter and are taken to an aircraft carrier where you meet John Morgan, the ships cook and newest playable character. Unfortunately the carrier becomes overrun with zombies (which is never actually explained as to how that came about), and results in you being washed up on ANOTHER zombie ridden island, named Palanai. And with that, the majority of the plot sees you travelling across Palanai in hope of finding a way off before the island is nuked.

Just like the first Dead Island, the story is mundane throughout the 10 or so hours it will take you to get through it. You are likely to find your attention focusing elsewhere during cutscenes after a quarter of the way through, because nothing up to that point will leave you particularly interested as to how the story is going to develop as for the first few hours you don’t feel like the plot is really progressing anywhere, only for it to become more consistent halfway through which could turn off many that are looking for a steady flow throughout.

It generally comes off as a joke, with serious situations causing giggles more than anything due to the wooden ensemble of characters.

Gameplay
Gameplay for the most part is identical to the first game, as you slaughter hundreds of zombies during your trek across Palanai. There are 80 quests available to complete alongside the story, which helps to add to the duration of the game. The inclusion of siege quests is a welcome addition to the series as you defend a location from a horde of zombies (including newcomers Grenadiers, Screamers and Wrestlers) alongside the rest of the survivors. The inclusion of siege quests helps to break up the usual manner of quests, whilst adding another layer to the Dead Island’s quest system. It’s these quests along with the quests you can do for the survivors which help to make the group more believable, as there was a real lack of interaction between all of the characters in the first game.

Guns are more useful this time around, as you’re given more opportunity to pick up ammo. Thankfully this doesn’t move the game away from melee being the focal point of combat, even though there haven’t been any alterations to the melee combat itself.

While the combat hasn’t changed all that much from the first game, it still rather oddly manages to have an addictive feel to it. Whether it’s slicing off countless zombie limbs, crafting crazy melee weapons or running down helpless zombies in cars and boats (new to the series), at the end of the day it manages to keep you playing. Boats in particular are a welcome addition, adding an alternative choice of travel for when you want to get from point A to point B without having to worry about being jumped by countless zombies. Cars on the other hand stay much the same to how they were in the original game, offering mild enjoyment but outside of that, doesn’t really add much to the experience.

Now if you really want to enjoy Riptide, grab a friend or two and prepare to butcher zombies together in co-op. Zombies scale to your character’s level brilliantly, meaning you don’t have to worry about zombies being too powerful or weak when joining a friend’s game. Travelling around Palanai, smashing zombies’ heads in with mates is how Riptide was meant to be played.

Graphics/Sound
First and foremost, don’t expect any changes from the original in regards to the technical problems because they are all still here. Textures taking a while to pop up when loading, screen tearing, frames dropping often and slowing the game down, it’s all here and it is as horrific as ever.

Graphically the game is still bland, particularly during cutscenes where I noticed a problem with the characters eyes. Whether they haven’t been animated to blink as much as they should or have just been modelled in an odd manner, it results in all of the characters looking more terrifying then the actual zombies. While this may seem like a small nit-pick on my part, I found myself laughing unnecessarily during cutscenes.

As for the sound, again it hasn't changed at all from the original which at this point is hardly surprising now is it? The voice acting is hilariously bad and there will be moments where you feel the sound isn't synced all that well with what is going on on-screen.

Final Verdict
Dead Island continues to be an incredibly frustrating series. It’s fun as hell with bad aesthetics that border on laughable at times. You could hardly be blamed for thinking Riptide was an expansion or DLC of the first game rather than a sequel, as there isn't really much that separates the two as well the game suffering from all of the technical problems that its predecessor had. If you enjoyed your experience on the island of Banoi, then you will find enough content here to keep you amused, however if you disliked the original Dead Island then you are going to loathe this just as much, if not more due to the lack of improvements.