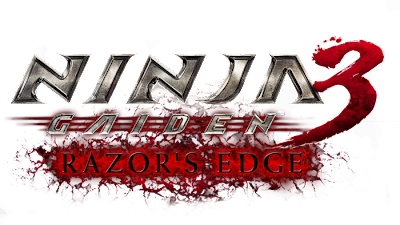 Ninja Gaiden is not your ordinary hack and slash series. This is a very particular series whose audience seems to be partly those who like a challenge and partly those who like to be submissive to the game's complete and utter dominance. But how long until a game's relentless and perhaps nonsensical difficulty spoils the game's overall quality? And is this the game the die-hard fans of the franchise have been waiting for and the antidote to the poorly received original version of Ninja Gaiden 3?

Story
Let me set one thing straight. Ninja Gaiden is not the kind of game people usually pick up for the engrossing and captivating story, however saying that and to the writer's credit, there is a bit more going on here than some games of its genre. As Ryu, you are sent to London by top secret government forces to investigate a group of people who are apparently causing a ruckus but they aren't after anyone except the hero himself. So to find out what’s going on, Ryu must put himself into the fray and challenge the troublemakers. This ends up with him being cursed and his sword mysteriously becoming embedded into his arm which surges through him with the thousands of souls he has devoured with it on his path. This is crippling (as well as hideous) so the black cloaked warrior must go in search of a way to remove the curse and of course, save the world from this secret organisation.

The technologically/politically tinged storyline mixed with philosophies of the Far East are highly reminiscent of Metal Gear Solid, albeit without the complexity or the drama, which makes it feel a bit too much like the game was trying to be something a lot deeper than it actually is. The events near the end of the game are also so much like the plot of another celebrated game in the same genre, Bayonetta that I felt slightly cheated. It was almost like that part of the story was copy-pasted and only half as climactic, which is disappointing considering the quality of the cut-scenes in Ninja Gaiden 3: Razor's Edge is a lot better.

As a whole, it felt like the plot of a cheap and cheesy martial arts movie from the 1980s, although those kinds of cult film do have a following of fans in their own right so in some ways this is not necessarily a bad thing. It's nice to know they tried but it doesn't matter too much since they ultimately failed to create a story that gives a lasting impression on players. After all, no one picks up a Ninja Gaiden game for its plot… right?


Gameplay
The game is a hack'n'slash at an extreme speed. There is also a detailed, if perhaps quite pointless moves list where you can see just how many different combinations of buttons you can create to pull off different moves, but we all know deep down you are just going to be mashing Square and Triangle with X occasionally to jump. Once you get your head around the many varied button combinations and what opportunities to use them in, you can try to better your combos and rack up high scores.

The levels take you from a variety of different countries, starting off at London and ending up in Paris, an Arabian Desert and even rural Japan. The levels look varied with different types of enemies, although I would say the amount of different types of enemies are lacking and you will be fighting generally similar looking people the whole way through. There's hidden areas every now and then, but not much exploration to keep you busy with.

Ninja Gaiden games are renowned and beloved for being a franchise that is extremely hard and unforgiving. Fans would be disappointed if the game was suddenly turned into a casual experience, but it seems doing the opposite can also harm the effect it has on the fan base.

Let's start with the original game that was such a letdown to so many fans. The original Ninja Gaiden 3 was a bare and lacking experience and many fans felt short-changed. Some features of the previous games were actually removed from the third installment entirely and the game immediately became the 'black sheep' of the series. So along came Razor's Edge - a beefed up version of the game including more characters, weapons, spells (the original game had just the simple katana and fire spell) and ramped up the difficulty to an extreme degree.

After just a few waves of enemies you will feel your palms sweating and the stress release hitting overload. You aren't always using your melee weapon, though. Ryu can also use a kind of magic, called Ninpo which deals strong damage to enemies and heals you slightly upon landing the attacks. This is a one shot move which will force you to get back into attacking with your weapon to build up more ki, so use it wisely. The bosses, infamous for being difficult in NG games are actually disgustingly hard where it gets to the point that you will spend more time trying to defeat them than actually playing the rest of the game. These boss fights tend to have disappointing flaws - it wasn't long until I noticed you can simply kill a boss without losing much health by spamming cheap moves rather than do what the rest of the game teaches you to do, which is play with skill. Sure a lot of games are going to have exploits, but some of the bosses in this game practically force you to take advantage of them, although either way I'd be lying if I didn't feel a huge amount satisfaction after beating them.

Razor's Edge is one of the few games I've played that has actually done the ever-growing use of Quick Time Events work. It teaches you which buttons will attack, jump or dodge in QTE's early on, then as they appear later they won't prompt you which buttons to press as you have to use a bit of quick thinking to decide what action you have to take during that specific situation as the 'bullet time' slow motion appears.

There are scarabs to collect and Crystal Skulls that give you extra challenges which weren't available in the original game. They give a nice change of pace and the scarabs are actually quite well hidden.


Online Gameplay
There's even an online deathmatch type mode which pits you against other players online. These are quick-fire ninja battles that have you fighting someone else in an open arena and challenges you to use your wits quite a bit more than the AI do and feels like a nice change for an online multiplayer mode compared to the usual beat-em up format. It feels like they could have taken this to a whole new level and made it a truly one-of-a-kind experience in a similar vein to the expansive Assassin's Creed Revelations' unique multiplayer mode but unfortunately it gets old quite quickly.


Graphics/Sound
The game's graphics aren't entirely breathtaking and the levels don't do much to stop you from feeling like you're confided to linear corridors. Hack'n'slash games aren't well known for giving the player much to explore or even for ultra-realistic graphics, although I feel even Bayonetta looked far superior and that was a hack'n'slash that was released 3 years ago.

Sound wise, the game brings nothing remarkable or memorable to the table, although it fits what happens in the many different environments very well and does its job quite pleasingly. The British accents of the soldiers you're slaying are actually pretty funny and never really get annoying in-game but the voice acting of the actual characters are quite plain and boring.

Final Verdict
The game is probably best suited to fans of the series, even though it could be seen as lacking in imagination in comparison to the older games. Although Razor's Edge is more worthy of your money than the vanilla version of Ninja Gaiden 3, it's not a giant leap for the hack'n'slash genre by any means.