Preview: A Tense And Thrilling Atmosphere In Metro: Last Light 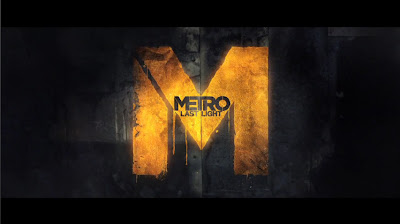 Recently I was able to go hands on with Deep Silver’s upcoming title Metro: Last Light, the successor to the 2010 hit Metro 2033 and while the publishers may have changed, it looks like the game retains everything that made its predecessor successful while improving on mechanics to better serve the player and enable a more fluid gameplay experience.

Now speaking for myself, I never had the chance to sit down with the previous title Metro 2033 however immediately the one thing I noticed that makes Metro: Last Light so engaging is the fact that they managed to blend the atmosphere into the gameplay pretty much perfectly. Whether it was walking around the surface in the dead and empty Moscow, not knowing if something will jump out or attack you or whether it’s the awesome visions that are triggered by breathing in the contaminated air, allowing the player to see and hear citizens from the explosion that occurred. It’s that suspense and tension that seems to immerse you into the game, and I believe there will be even more moments like it the deeper you go into the story.

Something I really liked about Metro: Last light was how the gameplay tended to lean more towards the realistic side of things. Of course in saying this, not all elements of the game goes along with it but something like limited bullets gives a the player a reason to act more strategically while at the same time, invokes them to explore the game world so they don’t find themselves short when they really need it. I can’t count how many times I forgot this simple fact yet I end up putting 50 bullets in one enemy and the rest are still alive behind it. While this seems to be one of the main points of survival, Metro: Last Light makes use of a bunch of other in game tools such as cans of air for when you travel to the surface. Since the area is still radioactive, these cans are needed if you want to survive up there and once again they are scattered throughout the game world. Also available is a light to see better in darker rooms. The light needs to be cranked every time it gets low so you only have it running fully for a limited amount of time.

Visually, Metro: Last Light looks amazing with dynamic lighting and strong textures which makes the environment and characters just pop and come alive even on the consoles as that was the version I got to preview. I felt that they really managed to convey the dirty, grungy look of the Metro and what life is like in those tunnels.

I’m personally happy to see the game given a second chance thanks to Deep Silver’s acquisition and now with the release only a week away, I can’t wait to further explore the metro and become even further immersed into the game’s world. Metro: Last Light is scheduled to be released for the PlayStation 3, Xbox 360 and Windows PC on 17th May; visit the main site for more information – http://enterthemetro.com/uk/

Agree with what I've said? Maybe you have a different opinion on the game? Let us know in the comments section below! Or tweet me - @wkg_liban
Author: Liban Ali