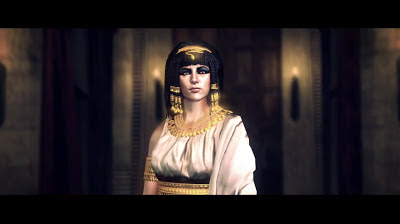 Sega released a new trailer for their upcoming title, Total War: Rome II! The game is scheduled to be released for Windows PC this September.

The new video looks at Cleopatra and how she secured the throne of Egypt with the help of the roman army... but at what cost?