Kill la Kill And The Battle Against Anime Videogame Mediocrity 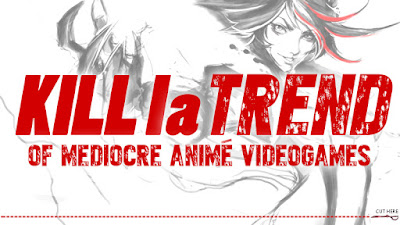 Today's article divulges into the realm of Animé based videogames, where I give my own thoughts and opinions on how to improve the current situation of "fan service titles", along with discussing the potential possibility of a genuinely good Kill la Kill videogame.


To begin with, many successful Animé have their own gaming titles and that's fine for some due to fan service and demands, but there are some people such as myself who always end up disappointed because it's incredibly rare to see a game based on an Animé that's actually any good. The same can generally be said for film based videogames, but Alien: Isolation broke that trend and I strongly feel it's about time the trend was broken for Animé titles also.

You'll find many games based on the Naruto, Dragonball and One Piece shows and although the games are playable (and to some extent enjoyable), I'd never go out of my way to say they're actually good games. Whether this is due to the licensee's having more creative power over the development process or the developers not knowing exactly what to do to make the games good, I don't know, but what I do know is nine times out of ten the game looks great and remains artistically true to the original source material, but the gameplay, cutscenes and story often leave something to be desired.

Recently, Kenji Saito (Metal Gear Rising's Director) stated in an interview that he'd quite like to work on a Kill la Kill or Berserk title and while this would be good, there's no guarantee the game would play better than any Animé game that came before, nor is there a guarantee the title/s would become a financial success for Platinum Games. After licensing costs it's risky for the original creators lending out their content, risky for the game companies and risky for those directing the game. This is because everyone's reputations are on the line and if a studio can't deliver, they'd have wasted a load of money and potentially tarnished their name for future titles.

In Kenji Saito's case, he's actually been directing Platinum Games newest title; Transformers: Devastation. The game itself looks great, is supposedly locked to 60fps on both PS4 and Xbox One (with potential frame rate dips on the PS3 and Xbox 360 versions) and is stylised to the original "Generation 1" cartoons. It's Cel-Shading at its finest, but the point still remains. We don't know if the finished product will be a good title and so we live in the hope that it'll be ridden with nostalgia and remain true to our childhood expectations.

See the trailer below:


That's not to say all Animé based games are bad, because although it's not strictly Animé, Ni No Kuni: Wrath of the White Witch was a brilliant game which just so happened to be a collaboration between Level-5 and Studio Ghibli. The animation was lovely, exploration interesting and RPG elements deep enough to help fully immerse you within Oliver's quirky and fantastical adventure to a world that paralleled our own.

More recently, KOEI TECMO have also announced a new title based on one of the most successful Animé to date; Attack on Titan/Shingeki No Kyojin. Aside from being a massive fan of the series when it first released, I used to regularly play a great little fan game that allowed for yourself and friends to swing around and slay Titans under a "Chibi-fied" art direction. You can find that game here. As for whether or not this title will be any good, it's hard to say at this point without seeing any gameplay, but generally speaking, Animé titles don't often tend to have the same level of production value of a AAA title, which is a massive shame.


The main issues at hand are most likely due to (lack of) creative freedom and production studio choice. CyberConnect2 for example are pretty good at delivering fan service, but I would never consider the gameplay of their titles to be sufficiently deep, with their titles favouring the casual gamer over the more hardcore amongst us. With a show like Kill la Kill, we'd really need a production studio behind the game that really understand what makes the show so great. Over the top action, incredible visuals, extremely fast paced combat and ridiculously difficult objectives should all be a part of the development process, but in a time where production costs are so high, many studio's aim for the wider demographic in favour of greater financial gain.

This makes sense from a business perspective, but for fans of the source material/Animé it often leaves feelings of disappointment hanging in the air.

Some studio's however see their games as experiments and a good example of this was Capcom's now closed down Clover Studio. With titles such as Viewtiful Joe, Okami and God Hand, the studio went for something different. Something a little outside of the box. As a result, they were responsible for creating three of the most amazing games I have ever played.

Viewtiful Joe was originally being sold brand new from release at just £20 in my local gamestation. This was a first for any new PS2 game at the time and so I snapped it up right away. It was a tough game I'll give it that, but with its cel-shaded graphics, lovable characters, over the top story and charm, it was incredibly fun to play. Then we have Okami, a game where you had to pause time to draw symbols in order to progress through the obstacles halting your story progression. You could materialise bombs, cut things and at one point have your own symbol plastered all over a town. The art style was incredibly unique, gameplay also unique and it stands to this day to be the only game where you play a female wolf with the combat prowess of Devil May Cry's Dante. 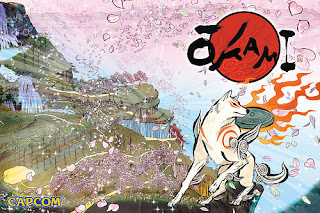 I could talk passionately about these titles for a decade, but to further elaborate on my point here, Clover Studio was dissolved because the aim was to focus more on creating new IP's than it was sequels and when the Studio failed to hit figures on par with Capcom's flagship titles, Capcom chose to merge the Studio back into its own corporate body. The issue here was that the most influential developers within Clover Studio instead opted out to leave the company altogether, forming what we've now come to recognise as Platinum Games.

Platinum have been responsible for Anarchy Reigns and Vanquish (which in my opinion is a fantastic but overlooked title), with Bayonetta and Metal Gear Rising being their most notable releases. Hideki Kamiya of the original Devil May Cry fame often designs combat for the titles Platinum put out and I'm sure with a little help from Shinji Mikami, these two people alone could dramatically help fully realise Kenji Saito's dream of a decent Kill la Kill game.

Aside from the fact Shinji Mikami was responsible for the ground-breaking Resident Evil series, he directed God Hand and at this point, it's highly unlikely we'll ever see a sequel to Clover's classic, but I truly believe God Hand would be a fantastic foundation for creating a successful and ridiculously over the top Kill la Kill action game.

Watch the God Hand trailer below:


In God Hand, Gene's arm glows yellow when fully charged and when activated, you become awesomely overpowered with incredibly fast moves that can be customised to suit every players needs. In Kill la Kill, items of clothing are made from life-fibre strands (sentient fabric) and when donned, anyone wearing such clothing can offer their blood to their clothes which then transmute into high powered, shape-shifting battle armours. These armours then protect the wearer, effectively negating all damage from anything but the attacks of fellow suit wearers.

The two most notable suits in the series are Ryuko Matoi's Senketsu and Satsuki Kiryuin's Junketsu, both of which are named Kamui's. Kamui's are suits made purely from life-fibre and are said to be so powerful that only a select few of the human race can don them. Anything below this is known as a Goku Uniform and although these uniforms can be devastating in their own rights, the damage they do to fully powered up Kamui's can be quite negligible. 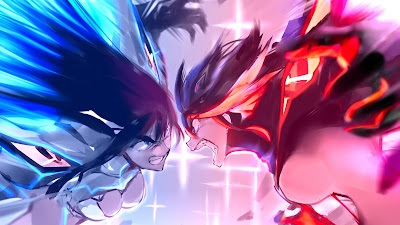 Interestingly, you can generally judge the power of a suit by how little they cover up their users bodies. More flesh on show means more power, while less flesh equals less power. Goku uniforms are a little different here, in that their power initially is dependent on the number of Stars their clothing features. This is where you wouldn't want to wear a dress or a onesie and would instead benefit from running around the place in Calvin Klein underwear....or thongs for you ladies out there. It's perverse sure, but it is a fresh new take on things and something that's oddly enjoyable.

With a massively open world, cel-shaded and heavily stylised visuals, heavy customisation, stylistic animation, a vast array of combo's, extremely fast gameplay and the use of Crackdown 3's cloud gaming destruction, I believe a decent Kill la Kill game can be achieved. All it needs is the right team behind it, the development time it deserves, enough funding and a whole lot of love.

I have a few favourite gaming companies myself and although not all of Platinum Games' titles have been incredible, they're an undeniably talented bunch of people and with the right mind-set, I truly believe these guys will be the one's to turn it all around by making incredibly fun Animé based games to the level I believe fans expect them to be at by now.


For now though, all we can do is hope our Animé/Gaming hybrid dreams become a reality and while we're on subject, which Animé would you love to play? Personally, I'd love to see a decent Accel World title, along with a ridiculously over the top One Punch-Man game. Regardless, let us know in our comments section, over on my Twitter page here @CaptainCortez, or via our Social Networks below.