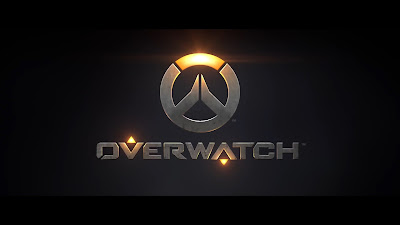 I recently had the chance to play Overwatch, Blizzard's first ever attempt at a Multiplayer only first person shooter. Is it good you ask? Is there enough diversity to keep you invested for a long time to come?


Upon entering our session, those of us attending were seated at our console of choice. One side was for PS4 players such as myself, and the other for those who favoured Xbox One.

Before we grabbed the controllers to get our fight on, we were sat down and shown the animated short of Widowmaker (which you can watch below), along with a video demonstration to give us all a rundown on what we should expect from Blizzard's newest Shooter.

Headsets were available as we were recommended to play with them to get the full Overwatch experience and although not everyone used them, those who did seemed to have much better co-ordination within the team. Just so the teams weren't unbalanced, we were swapped around a little when it looked as though one side had the advantage a little too often. I felt this was a good way to encourage fair play and at the same time, it proved for a more social experience.

We played three game types. One was your standard Team Deathmatch, the other an Escort mission and the third was more akin to Zones from the old Timesplitters series (if you haven't played Timesplitters, it's essentially a Base Capture mode). Each proved fun and although many compared Overwatch to Team Fortress 2, I personally felt it was a mixture of Halo and Borderlands. It felt very Arcade-y and that's usually a strong selling point for me.

There were many characters available to choose from and although I only tried a handful myself, each had their own strengths and weaknesses, feeling unique enough to encourage you to try them all out, as you got to grips with how each and every one of them played and handled on the battlefield.

At launch there are 21 characters to play in total, and although there will be DLC, Blizzard confirmed that any future characters that released as DLC would be free to play and that the main game itself is free to play online (once bought), just like any other Shooter out there.

The characters I played were Genji, Pharah, Hanzo, Tracer, Reaper, Lucio and Reinhardt. Genji was the character I got on best with and admittedly, I had a lot of fun with him. His ranged weapons are thrown Shuriken and although they're cool, I often found myself getting up close and personal because he's all about Swordplay. He has a homing attack that lunges a good distant forward, allowing you to cover ground and approach your enemies with incredible speed and at the same time, you can also use this ability to traverse the arenas you play within. There is a cool-down time with most of the non-basic moves on offer, but once you get into the flow of things it's not really a problem and just keeps you thinking on the fly. Additionally, Genji can double jump and from the characters I played above, he was the only one with this ability. Regardless, I found him incredibly fun and satisfying to use.

Pharah is basically a mobile Heavy. She's armed with a Rocket Launcher and a fuel gauge. The purpose of the fuel gauge is to keep her afloat in mid-air, recharging only when you touch the ground once more. I found her to be pretty fun also and did manage to rack up a few decent kills with her, but still found myself jumping back to Genji. A notable ability of Pharah was being able to instantly propel yourself vertically into the air whether from ground or mid-flight positions, to swiftly escape enemy reach and rain down rockets on everything you can set your sights upon. I'd say she was my second favourite character to play.

Next up we have Hanzo. His Samurai-esque appearance and Bow and Arrow was what appealed to me most, but when I played him I just found him too slow for my style of play and although some of the other players were amazing with him, I just couldn't get on with him. Tracer was also an interesting one, because although she felt far too squishy to be running in all guns blazing, she has this really unique ability where if you're running low on health, you can rewind time just for her, to go back to a point where you had more health. She's a light attacker, so you really need to be on top of her time abilities to make it through, but I reckon once you're fully adapted to her, you'll be having a lot of fun spamming that ability of hers. At worst case scenario there are health packs that respawn around the arena anyway. I just feel her ability is a huge convenience when there's no health in sight. 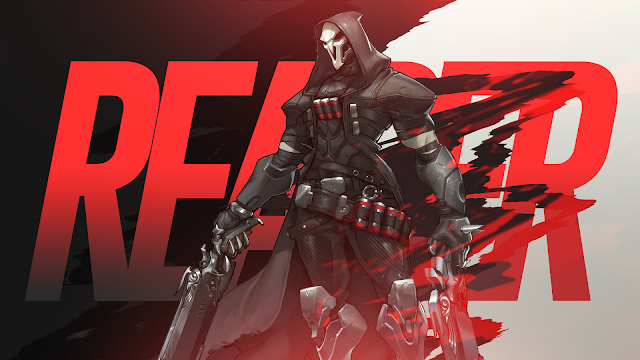 When I played Reaper, I was hoping to cause a lot of chaos, but found him to be too slow in combat, with dual wielding Guns feeling mechanically sluggish and his ability to teleport felt far too slow, leaving you vulnerable for a period of time that felt longer than it should. As such, I didn't really like how he handled but at the same time, that could just be down to how I personally like to play. Up next we have Lucio, who I found to be quite an interesting character. Of Jamaican descent, Lucio is a support type, with the ability to heals and buff himself, along with the whole team through music. He has a cross-fade allowing you to switch between healing and speed boosts for the whole party, wields a gun that deals moderate damage via soundwaves, has an alternate fire option that's good for blasting enemies off of maps and can wall ride to safety and hard to reach locations, with thanks to his futuristic roller-blades.

Last up we have Reinhardt. This guy is a huge Tank with a Hammer. Apart from the fact he deals an insane amount of melee damage, he also has the ability to close in on enemies fast. With the press of a button, the boosters in his back jet him forwards for a good amount of time and speed. You can slightly move left and right during this animation, but the idea is to get in close with this and then smash the living hell out of anything and everything within sight. On top of this, he also has a pretty durable Shield to cover himself and any ally behind it. The shield itself is a decently wide energy shield. It's also high enough to give a small degree of cover when up against ranged attacks from afar. With Reinhardt, I had a lot of fun dashing into the enemy base, hitting a few people, pulling up my shield and holding myself up in a corner until the rest of my team arrived. It's pretty strong, but up against a whole team it won't last long. You can somewhat spam the shield, though I can't imagine that will make you too many friends when Overwatch hits its full retail release.

As you can probably guess, I had quite a lot of fun with this one, though I do have some concerns about Overwatch' release. Overwatch is an online only title. It has no campaign to play through, just a series of different competitive game modes. This is ideal for people who love competitive play, but when the characters within Overwatch have been created with so much attention to deal, aside from the animated shorts (which I love), it would have been nice to learn more about the characters in a full, feature length story. I know not everyone will feel the same way as me, but to be an "online only" game means Blizzard certainly have their work cut out for them, as they're cutting out a lot of potential sales on that basis alone.

Once bought for the full retail price, Overwatch is free to play online (minus the usual charges PSN or XBL have for their online functionality) and it's great that much of the future DLC will be available for free, but how many people are going to buy into this? How many people will feel content with an "online only" arena based FPS? Sure you can play with friends and it is a whole lot of fun, but will it keep the interest of all those who purchased it, or will it generate a lot of buzz at launch and then suffer from a huge lack of players when other games release?

Team Fortress 2 worked out well and I really do hope this does as Blizzard have taken a gamble and invested a lot of money within the project. All we can do now is see what happens and hope for the best. The characters are great, the visuals are appealingly vibrant and the way the game modes begin, in combination with the music, really makes you feel like you're a super-powered being with cause and conviction. Multiple character skins will only serve to make the game feel a little more unique to each player. They may only be there for aesthetic purposes, but that's not necessarily a bad thing.

The Beta ends today on PSN and XBL. releasing in full May 24th. 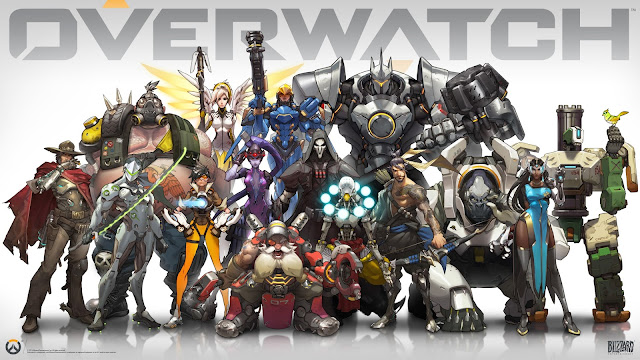 What did you think of Overwatch? Let us know in the comments or hit me up on twitter - @CaptainCortez