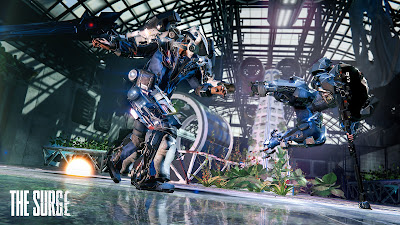 New launch trailer for The Surge has been released ahead of its launch on May 16th!


Balancing risk and reward is key during The Surge’s combat, as the unique loot system gives you greater control over what you claim from defeated enemies. In visceral combat individually target specific body parts, damaging them with a combination of vertical and horizontal attacks before slicing the part off entirely. What you dismember directly determines what piece of equipment you loot! When approaching an enemy, you face a difficult decision: do you target an unarmoured body part for a shorter fight, or risk a lengthier, damaging battle for a chance at slicing off a shiny new piece of equipment?