Classic Secret of Mana Sees a Return Next February 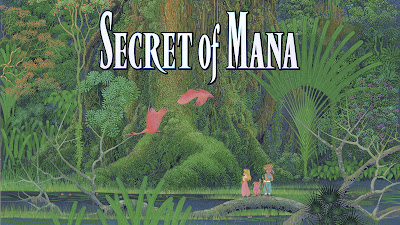 Square Enix have announced that the Classic RPG will be making a return early 2018!

In Secret of Mana, the memorable and fan-favourite adventure of Randi, Primm and Popoi is reborn with revamped 3D visuals and upgraded gameplay to bring new life to the much-loved volume in the Mana series for both returning and new players alike.


Originally released in 1993 and widely regarded as one of the greatest RPGs of all time, Secret of Mana invites players on an action-packed adventure taking on the role Randi, along with his two companions, Primm and Popoi, as they battle a perilous empire to reclaim the magical power of Mana and bring the world back to order.

Whilst faithfully retelling the beloved story of Randi, Primm and Popoi, Secret of Mana will also include a host of new features and exciting updates for players to enjoy, including:

3D Graphics
revamped visuals for the entire game; a vivid, Mana-filled world rebuilt in 3D for the first time