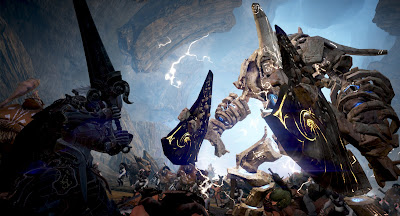 Kakao Games and PearlAbyss have announced that Black Desert Online will be updated tomorrow with a new defence mode!


Savage Rift is a defence game where players will stand back to back with their team members to protect the Sealed Tower from swarms of evil forces.

Players will need to fend off dangerous hordes of monsters and work together to survive the 25 waves, which will gradually become more fierce and challenging. Groups from 8 to 10 people are needed for the game to start and combatants must be level 56 or higher. The final challenge will be against a powerful field boss, those robust enough to defeat them will be rewarded valuable loot, including boss armour.

By accumulating points during the game, players can buy and employ siege weapons such as the Matchlock and Hwacha. To increase the chances of survival, it is vital to deploy these weapons as soon as possible. This will enable groups to rake up, even more points which in turn gives players access to devastating weaponry. Points can be transferred to fellow party members to maximise the deployment strategy.