Return to Racoon City in the New Resident Evil 2 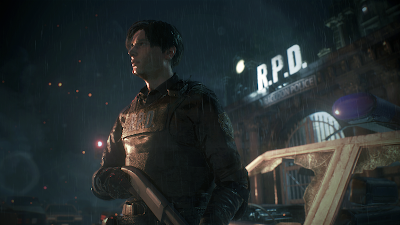 During the Sony E3 2018 Press Conference, Capcom revealed the new Resident Evil 2 and gave everyone a first look at what they had in store!


Based on the original genre-defining masterpiece, the new game has been completely rebuilt from the ground up for a deeper narrative experience. Using Capcom’s proprietary RE Engine, Resident Evil 2 offers a fresh take on the classic survival horror saga with breathtakingly realistic visuals, heart-poundingly immersive audio, a new over-the-shoulder camera, and modernised controls on top of gameplay modes from the original game.

Twenty years later, the new Resident Evil 2 sees the nightmare return, now with unprecedented levels of immersion as seen in last year’s acclaimed Resident Evil 7 biohazard. With Capcom’s proprietary RE Engine powering a new photorealistic style, the characters themselves appear sharper than ever and the grotesque hordes of zombies are brought to life with a horrifyingly realistic wet gore effect.

Zombies now react in real time as they take instant visible damage, making every bullet from the player count. Stunning lighting brings the familiar rooms and corridors of Raccoon City Police Department to new life. Players will feel they’re in the shoes of heroes Leon and Claire, terrified to step out of the light for fear of what flesh-eating nightmares might await them in the darkness. 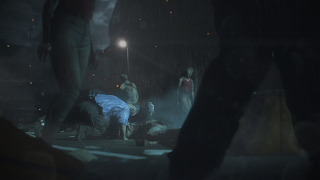