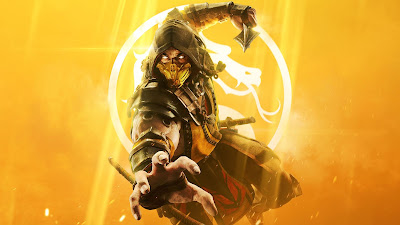 Mortal Kombat is back for the 11th time and looks to completely reinvent its Kombat! Can Netherealm still generate hype for this long running series, or have we all become bored of fatalities?


When it comes to narratives in the fighting games, the Mortal Kombat titles lead the pack for being able to offer an engaging and interesting story which is something not often seen in its genre. The Mortal Kombat 11 story mode felt like the perfect length at just under 3 hours and throughout the challenges were balanced from beginning to end.

Character interactions were an absolute joy as the narrative attempts to tie events of the previous games together, which in this instance is treated as alternative timelines. This is actually a pretty cool idea as it helps the team avoid weaving an an unnecessarily confusing narrative while boiling everything down to the main connection between the timelines; the battle between Raiden and Liu Kang.

It's difficult to predict where they go from here as the conclusion made it seem like the entire series would be rebooted, which of course isn't a bad thing if done the right way.

It's great we got a new iteration of Mortal Kombat which showcases a lot of changes as the series moves forward. I honestly would not be able to give you a detailed breakdown of all the changes as I skipped MKX, however one of the biggest changes to gameplay are the use of Fatal Blows and new meters for not only offence, but also defence.

So how do the meters work? Well to begin with they are always visible in the bottom right or left corner depending on which direction you are facing at the beginning of a match. In terms of offence, you are able to amplify certain moves to cause more damage or set up a better combo opportunity. When it comes to defence, it can be used to break the combo loop, interact with items on the stage and to escape your opponent if you are knocked down. Both meters replenish automatically as time goes on, but overall, smart use of the defence and offence meters are key to winning rounds. 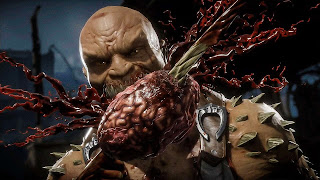 The other big change for Mortal Kombat 11 are Fatal Blows which act as a comeback mechanic that can be used once per match. These activate when your health is at its lowest point and can cause some serious damage if used properly. If you have enough health, Fatal Blows also include armour which allow you to take damage without being staggered which just ensures that it follows through completely, especially if you have caught your opponent off guard.

The last change comes in the form of a short hop which is not a new for a fighting game, but really makes a difference in MK11. Short hop essentially allows you to punish those who keep attacking low by timing your jump and then landing with an attack. Thankfully this isn't too difficult to pull off by, simply tapping the up button, followed by whatever punch or kick button you choose.

Mechanics that make a return in MK11 are Fatalities and Brutalities which in my opinion seem to get gorier every single time. X-Ray attacks also make a return, however they work slightly differently this time around and are only showcased on a strong counter attack or when using an item on a stage. 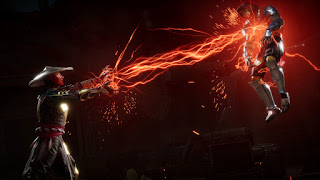 I wanted to give props to the incredibly detailed training mode that can help you change from chump to champ. Not only does it help you practice fatalities and certain moves, but the tutorial also breaks down specifics on each character such as which moves are good for certain situations, along with what is safe and what isn't.

Another feature that makes a return is the Krypt and the best way to describe it is essentially Mortal Kombat Disneyland as here you will find so many references and Easter eggs to past games and even the live action film. This mode allows you to go on a sort of treasure hunt which will allow you to unlock new skins for characters, fatalities, brutalities and concept art.

In order to make full use of the Krypt you will need three currencies which you can earn through most parts of the game. These currencies are Hearts; which you get by performing fatalities and brutalities with Koins and Souls being acquired by generally playing the game.

While it is really cool to find all these secrets, the biggest issue with the Krypt is how it handles these currencies in order to advance. Boxes that require hearts to open use 250 hearts, whereas earning these in a match will only give you 3 for a fatality and 5 for a brutality making this quite the grind fest. This could be alleviated slightly if you had some idea what was in the chest, but apparently this is all randomised and will be different for every player. 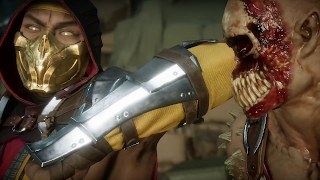 This is definitely the part of the game I enjoyed the least, just due to how grind heavy it can be. Yes you can have the CPU do battles for you, so you don't have to, but who wants a fighting game where you don't actually play? Hopefully this is something that can be balanced in future updates.

You also have the Towers of Time which are challenges that allow you to earn more currencies to be able to use in the Krypt. These challenges can be character specific based on MK lore or those that are created to test your might.

The Towers of Time also introduces (modifiers) which can be equipped for a single fight or for the duration of the whole tower. These are like mini power-ups that can be activated mid-fight, giving you an edge in the battle. These powers-ups can include health regeneration, having another character jump in to help out, even going so far as throwing a bunch of missiles at the enemy. The CPU also has access to these and will make full use of them also.

While the modifiers are an interesting touch, I am not a big fan of them as it can turn certain matches into real, wacky gimmick fests - I'm looking at you Cassie and Friends. It becomes a whole lot less about your skills and more about holding on until your power-up cool down is over. It really takes away from the essence of Mortal Kombat which is essentially, the Kombat. 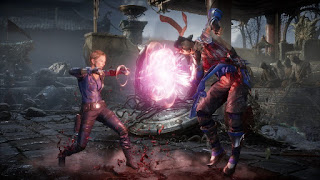 Arcade ladder also makes a return and once completed, you unlock an ending for the character you were playing with. All characters have their own ending and seeing as Netherealm will be looking to support the game for the foreseeable future, any DLC characters should also.

Visually, Mortal Kombat 11 is the best the series has ever looked, evidently taking cues from what the team learned working on Injustice 2. Characters look life-like and incredibly detailed, along with the stages you battle in being rich and full of energy.

Overall, Mortal Kombat 11 is a solid game and one that at its base can be a super competitive fighter, which can be enjoyed by both pros and noobs. Matches are fun to play when not using modifiers and the Krypt is a literal treasure trove for MK fanatics.

If Netherealm are able to strike a good balance when it comes to earning currencies needed to unlock new stuff, then we have a solid winner here. Fundamentally, the combat feels great and the new additions to the gameplay are most welcome, however modifiers in my opinion ruin matches and the grind heavy currencies stop me from wanting to explore the other modes.

Mortal Kombat 11 is one of the best fighting games of the last few years, however as a package, there are certain elements that drag it down. 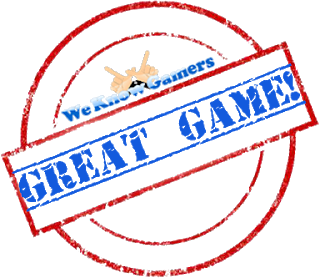